why
Julia Kim Smith utilizes Google’s search engine’s autocomplete feature to find out what people wonder about her, an Asian woman, and discovers unsettling abstractions, truths, fallacies, desires, and fears about all of us.

“This knowledge engine was at play when the artist Julia Kim Smith took to Google in 2013 [2012] in order to produce the 1 min. video loop titled Why?. Before Kim Smith finished typing her question ‘why do asian women...?’ the knowledge engine kicked-in, anticipating her possible thoughts: ‘like black men’, ‘age well’, ‘wear masks’ and so on. These results are all the more disturbing because there is no human intervention in the algorithm at Google that generates these results, as there is when they censor pornographic and violent words. According to algorithms, a common denominator of people (a type of shared consciousness) are privately asking Google these questions about Asian women more than they are asking anything else. Google reads the action of both individuals and collective social and geographic groups in order to anticipate user’s intentions when they type. When such algorithms are applied to a group of people, especially a minority, the presumed objectivity inherent in the search sanctifies the anticipated result as simply true. We’re left with the question: does the action of the masses constitute truth?”
Lisa Moren, Curator, Washington Project for the Arts, Experimental Media: Cyber In Securities 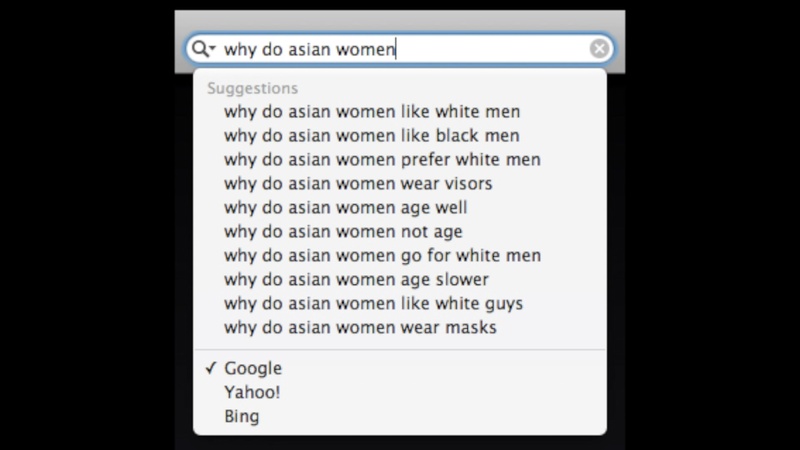 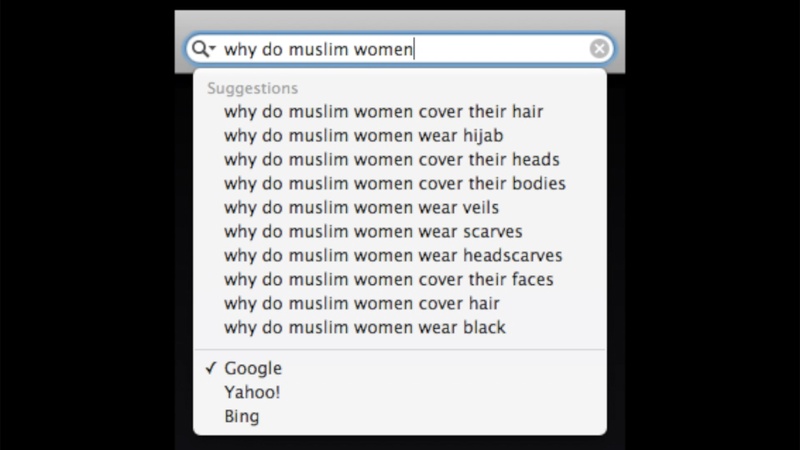